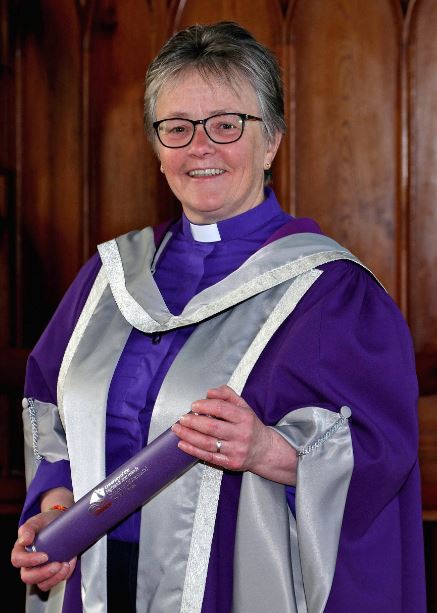 Very Reverend Susan Brown was presented with the title at the Highland Theological College UHI graduation ceremony in Dingwall on Tuesday 2 July 2019, alongside 40 graduating students. The award recognises her contribution to the church and to the communities of the Highlands and Islands.

Very Reverend Brown has been a minister in the Highlands for over 30 years. Originally from Penicuik near Edinburgh, she moved to the Highlands in 1985 to serve at Killearnan Church on the Black Isle. After 13 years, she moved to Dornoch, where she became the first woman to take charge of a cathedral in the UK.

Peter May was presented with his award by the university Chancellor, Her Royal Highness The Princess Royal, at the Perth College UHI graduation ceremony on Thursday 3 October 2019.

Born and brought up in Glasgow, Peter May started his career as a journalist before embarking on a fifteen-year stint in the television industry. He created and wrote many prime-time drama serials, including Take the High Road and Machair, before becoming a full-time novelist. May has now published over 20 books, including standalone novels such as Entry Island and Coffin Road, and the internationally best-selling Lewis Trilogy, a crime series set in the Outer Hebrides. 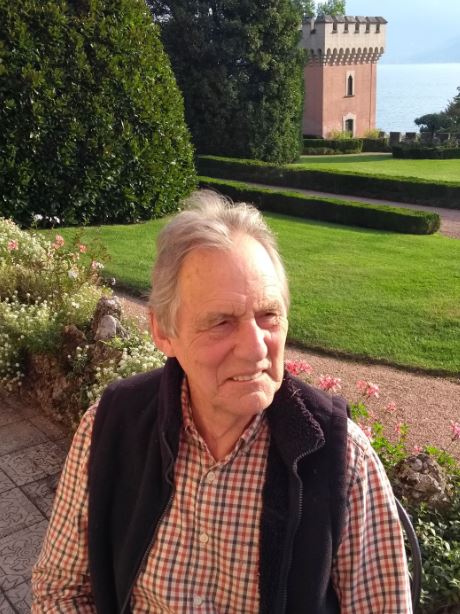 John Keay was presented with his award by the university Chancellor, Her Royal Highness The Princess Royal, at the Perth College UHI graduation ceremony on Thursday 3 October 2019.

A historian who specialises in India, Southeast Asia and China and also writes on Scotland. He discovered a love of India during a fishing trip in 1965 and returned often in his role as a political correspondent for The Economist. Keay gave up his correspondent role to write his first book, Into India, which was published in 1973. His other works include China: A History, The Tartan Turban and India Discovered. He also edited the first two editions of the Collins Encyclopaedia of Scotland with his late first wife, Julia. Keay moved into radio in the 1980s, writing and presenting several documentary series for the BBC. Born and educated in England, Keay has now lived in the West Highlands for nearly 50 years.

Eileen Alison Mackay, first Honorary Doctorate of the University of the Highlands and Islands content 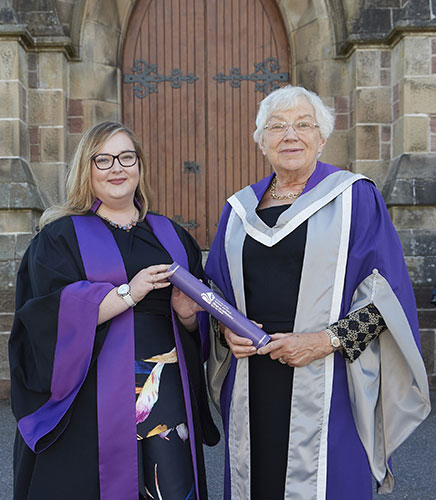 Eileen Alison Mackay, first Honorary Doctorate of the University of the Highlands and Islands

Eileen Mackay was awarded the first honorary doctorate conferred by the University of the Highlands and Islands from the university chancellor, HRH The Princess Royal, at the Highland Theological College UHI graduation ceremony on the 5 July 2018.

Eileen grew up in Dingwall, Ross-shire, before embarking on a distinguished career in the civil service. She held posts in HM Treasury and the Cabinet Office before becoming Principal Finance Officer at the Scottish Office. After retiring, Eileen dedicated her time to a wide range of non-executive roles. She has been a longstanding supporter of the University of the Highlands and Islands and became an independent member of its court in 2009.

Eileen held this position until 2017, serving on the finance and audit committees as well as chairing the remuneration committee. Eileen has demonstrated an outstanding contribution to the development of the university, while her colleagues have greatly valued her commitment, expertise and the professional insight she has offered to her varied roles. 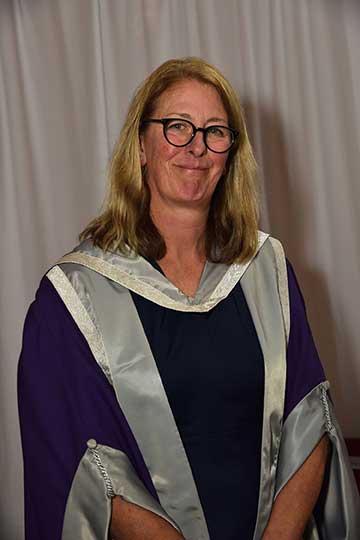 Dee Bradbury was awarded an honorary doctorate of the University of the Highlands and Islands at the Argyll College UHI graduation ceremony, on the 28 September 2018, in recognition of her leadership work in sport at a local, national and international level. The award was presented by Professor Crichton Lang, deputy principal of the university, in Dee’s hometown of Oban, Argyll.

In August 2018, Dee became the first female president of the Scottish Rugby Union, and is the first female leader of a Tier 1 rugby playing nation. She has been Scottish Rugby’s representative to Rugby Europe and is on the Women’s Committee for Rugby Europe. An accomplished athlete, Dee has represented Scotland and GB in athletics as junior and masters level, and has previously managed Scotland Women U18. Dee has spent her working life, since 1984, based in Oban where she has championed and encouraged women and girls to play sport, as well as leading and administering sporting activities for all.

Dee was formerly a police officer with Strathclyde Police, latterly Police Scotland, and is now retired. She was a founding member of the women’s section at Oban Lorne R.F.C. and went on to occupy several Committee roles within the club before becoming honorary president of Oban Lorne R.F.C. Dee previously held the positions of chair within Oban Netball Club, Oban Athletics Club and The Lorne Highland Games.