Throughout his life, Sidney Black was driven by his passion for engineering. This £500 annual award is given in his name to inspire new female engineers to achieve their full potential, to allow their career dreams to take them wherever they desire.

The Sidney Black Memorial Engineering Award is offered to a graduating female engineering student who has demonstrated a combination of academic achievement, personal attributes or a contribution to society/student life.

Open to female, graduating students at the University of the Highlands and Islands, who have passed their BEng on any of our engineering programmes.

It’s easy to nominate yourself (or someone you know) for this award: 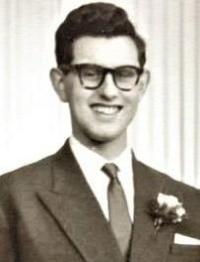 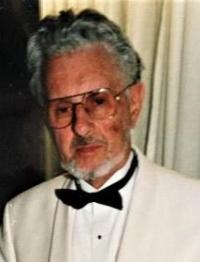 The son of Polish and Russian immigrants, Sidney left a heavily bombed Liverpool to train, at HMS Collingwood, as one of the first ever Petty Officer Radio Mechanics.  He served in this capacity on HMS Norfolk, the Royal Navy’s flagship in the Indian Ocean, before returning to a career as Test Engineer, for Pye’s new black and white television studio equipment.  This was followed by a role as Vision Engineer with the nascent ABC Television studios, and then as Electronics Engineer for Marconi, maintaining the Canadian Arctic Military Listening stations. From 1960 to 1980, Sidney worked for the Department of Overseas Development as a Radio Installation Engineer, installing radio stations across Africa, before returning to the UK where he worked as an Electronics Technician until the age of 91.