These awards have been established by the family of Liam Colgan, to provide an opportunity for students to develop and enhance their songwriting and performing skills and to keep Liam’s music alive.

Two annual awards have been provided:

1. The Liam Colgan Songwriting Award: to give an aspiring songwriter the opportunity to study the art and craft of songwriting with a master songwriter of their choice.

2. The Liam Colgan Music Production Award: to give an opportunity for music students to study the art and science of music production through tuition or studio time with a renowned producer of their choice. 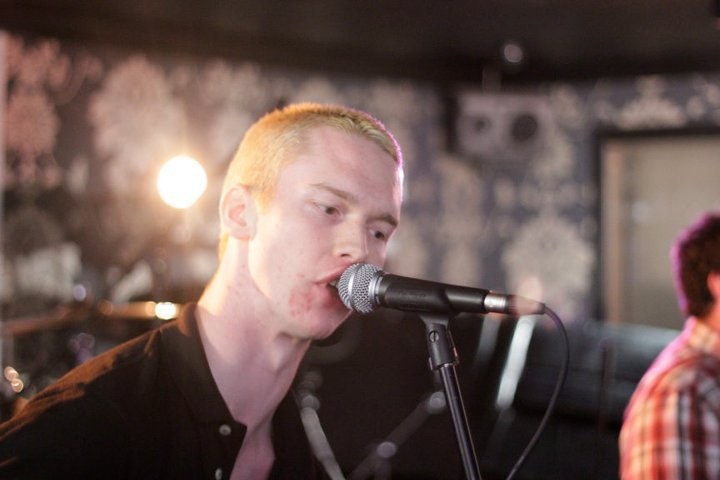 "Liam’s family and friends were devastated by his untimely death. I wanted to find a way of ensuring that something positive came out of this devastation. I explained my plans to the university and they couldn’t have been more helpful. They had a framework in place which fulfilled all of my objectives – to help students who were following the same path as Liam did; and to try to make Liam’s music available to as wide an audience as possible."

"Liam was an inspirational and highly committed performer and composer who impressed us all at Perth College UHI with his enthusiasm and energy. Songwriting was his passion and we are delighted that this generous award will allow others to pursue their own ambitions and dreams. Liam’s memory will live on in this award and the work of those who benefit from it."

For more information about other projects created in memory of Liam – www.liamcolganmusicfund.com

Liam began his musical studies in 2006 gaining an HNC at North Highland College UHI. He then furthered his studies at Perth College UHI, receiving his degree in Popular Musical Performance in 2010.

While at Perth College UHI, Liam and his two friends, Johnny Tait and Danny Kelly, formed the band Waterday – the band became a four piece when Liam persuaded Jordan McKay to join as lead guitar. They played their own material, mainly composed by Liam, but with input by other band members.

In 2012 Liam moved to Glasgow, partly to further his musical career with the band. They played a number of venues in Glasgow, the most prestigious being at King TUTs (on two occasions).

As any band plying their trade in Glasgow will attest, it is difficult for aspiring musicians to make money from music in Glasgow – many venues do not pay for 'unknown' bands or musicians.

Frustrated with this aspect of life in Glasgow, he returned to his hometown of Inverness in 2013, before setting off on his solo adventure to Australia in 2014, (effectively ending Waterday). After six months of milking cows in Kings Island, Liam returned home to Inverness and formed a two-piece band with lifelong friend Sean Fleming.

They adopted the rather unusual name of 'Old, Old Wooden Ship' (a reference to the film Anchorman) and played covers in pubs in the Inverness area and occasional ventures further afield.  Sean became more involved in other music and bands while Liam continued as a solo artist. He deliberately chose challenging tunes to cover showing the full range of his voice.

In 2017, Liam’s older brother Eamonn, announced he was getting married and surprised Liam by asking him to be his best man. He took these duties very seriously and set about arranging Eamonn’s stag weekend in Hamburg. Tragically, in the early hours of 10 February 2018 Liam went missing on his way back to the hotel. Later that day, Eamonn and his friends launched a multinational publicity campaign to find Liam. This was assisted by a local group of around 20 people, who had never even met Liam. All of these efforts sadly proved to be in vain and Liam’s body was recovered from the river Elbe on the 23 April 2018.