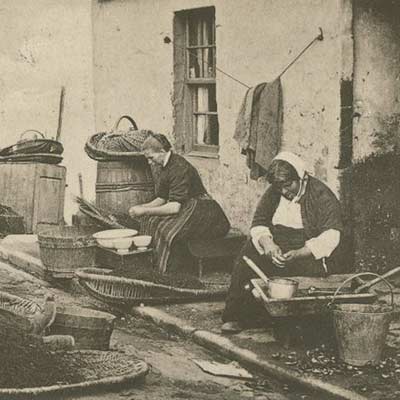 This grouping explores how gender and families create and reflect historical processes, particularly through migration, power, and constructions of masculinity.

The family was critical to the process of migration and the creation of work strategies which enabled Scots to remould the landscape and economy of settler colonies. Although family groups appeared to have a shared experience, Ritchie shows this was highly gendered. MacPherson explains the vital role of women in the re-creation of migrant identities through the Orange Lodge, previously imagined as a masculine domain, in Canada, England and Scotland.

A gendered approach leads to questions of political power, social power, and power within the family. Dean demonstrates how Scottish royalty used familial relationships to create international alliances via marriages; the strategic choice of godparents; and through child monarchs. Ritchie examines power dynamics further down the social scale finding that in the nineteenth-century Highlands sexuality was policed by women more than the male-dominated church; apparently powerless crofter families manipulated influential institutions in order to procure education; while gender and age dynamics within families shifted as Evangelicalism became the cultural norm.

As gendered research increasingly questions the male norm, the grouping has explored questions of masculine identity. Dean positions the display of masculinity as critical to the coming of age of the later Stewart kings; Ritchie examines how Highland men formulated an alternative masculinity based on deep religious sensibility; MacPherson shows how masculinity was both religious and ethnic in Scotland, England and Canada.

See Elizabeth talking about her research.