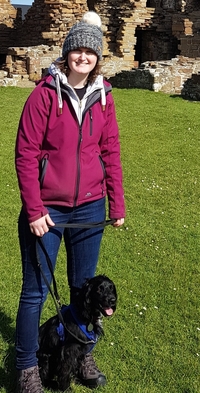 I am a transatlantic historian, specialising in eighteenth-century British imperialism and military history. I completed my AHRC-funded PhD at the University of Stirling in 2018, where I also taught a number of history modules. I have undertaken futures-based research for the Scottish Parliament and ancestral tourism research for High Life Highland and was a research assistant on Durham University’s current Victorian election violence project. I joined the Centre for History in September 2018 and currently also deliver a distance-learning modern Scottish module for the University of Dundee/Open University.

My research currently focuses on warfare and identity formation throughout the British Empire. I am very interested in the various ways that militarisation affected the implementation of empire in geographical fringes and its role in the imperial crisis leading to the American Revolution. As well as working to revise my doctoral thesis into a monograph, I am currently researching conceptions of loyalty in the eighteenth-century Atlantic world and investigating the impact of army officers on British policymaking at all levels throughout the long eighteenth century.