Dr Andrew Lind undertook his undergraduate, masters and PhD research at the University of Glasgow, before joining INS in 2021. His thesis explored and examined the various manifestations of Scottish Royalism during the British Civil Wars (c.1638-1651), offering a radical reinterpretation of the ideological appeal and strength of the Royalist cause in Scotland. Andrew has disseminated his research widely in peer-reviewed journals and edited collections, including papers in the Journal of Northern Renaissance, Chris Langley’s (ed) The National Covenant in Scotland, 1638-1689 (Woodbridge, 2020) and Matthew Ward and Matthew Heffernan’s (eds) Loyalty to the Monarchs of Late Medieval and Early Modern Britain, c.1400-1688 (Basingstoke, 2020). In addition to his academic outputs, Andrew has contributed to a number of knowledge exchange and public impact projects, including work with the SQA, as well as television appearances on BBC Scotland’s ‘Blood of the Clans’ (2020) and Sky History’s ‘River Hunters’ (2020). He is currently developing his first monograph.

A historian of early modern Europe, Andrew is a specialist on the British Civil Wars (c.1638-1651) and has research interests in the broader political, religious and military history of early modern Britain, Ireland and Northern Europe. He has particular interests in the political and military culture of Northern Europe, and the changing relationship between the Highlands and Islands and the developing Scottish state during the sixteenth and seventeenth centuries. 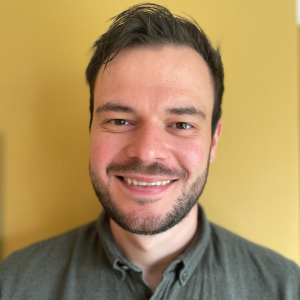 Discovering the Past: Introduction to Interdisciplinary Research Methods

January 2018 - ‘‘You may take my head from my shoulders, but not my heart from my soveraigne’: Understanding Royalist Allegiance during the British Civil Wars, c.1638-1651’, Loyalty to the British Monarchs, c.1400-1688, University of Nottingham.

October 2017 - ‘Battle in the Burgh: Conflict within the community of Glasgow during the British Civil Wars (c.1638-1651)’, The Communities and Margins of Early Modern Scotland, University of Glasgow.