The 2019 theme is Ruination and Decay which will run through the year culminating in a conference in December. You can view recorded seminars here

Prof. Mike Parker Pearson has directed research on Stonehenge since 2003, investigating its surrounding monuments as well as the site itself. While Stonehenge is certainly a ruin today, it went through many stages of ruination in its prehistoric past. It can be described as a 'secondhand' monument, not just because of its periodic rebuilding on the same site but also because it may have been constructed with stones that were first erected elsewhere.

I am Kenny Brophy, senior lecturer in archaeology a the University of Glasgow. I also blog and research as the urban prehistorian. My talk on the theme of ruin and decay combines two of my main research interests, Scotland's Neolithic, and the role of prehistory in the contemporary world. I'll be considering how wooden structures decay and fall into ruin - massive collapsing monuments would have been a recurring sight in the woodland during the Neolithic period 5000 years ago. In order to think through this reality, I will look at several 20th and 21st century AD timber monuments, replicas of Neolithic sites, that are all to one extent or another falling apart and becoming ruins. What do these modern ruins tell us about how people and timber posts interacted in the prehistoric past, and still do in the present?

I work for the National Trust for Scotland as the Archivist for the unique Canna Folklore Collections of John Lorne Campbell and Margaret Fay Shaw.  My remit includes the awareness creation of the contents of the Archives ( film, photo, paper and correspondence) and their potential to contribute to future lifelong learning opportunities . They present a unique jigsaw of the Past , Present and Future of Highland and Island Culture and Heritage and as such, demonstrate the value of the ‘Old’ in Creating the ‘New’. “Ruination and Decay” may imply  the Past dying and disappearing. I hope to demonstrate that the Past can only enhance and propagate the Future.

Dr Fiona Smith is based in the School of Creative and Cultural Business, Robert Gordon University, Aberdeen and teaches in the areas of postmodern cultural theory, media semiotics and film studies. Her research interests include the commodification and consumption of the past, online communities and nostalgia, melancholic aesthetics and urban exploration.

Her contribution to the rich, cross-disciplinary debates at the Ruination and Decay conference, will be made through the examination of the practices of digitally curating images of decaying buildings and the melancholic framing of these photographs.

Simon Murray teaches contemporary theatre and performance practices at the University of Glasgow. Originally trained in Sociology, he has been a professional actor and theatre maker and before returning to Glasgow in 2008 was Director of Theatre at Dartington College of Arts. He has written widely on physical and movement theatres, on lightness, on collaboration, on W.G. Sebald and in 2010 co-founded and co-edited (with Jonathan Pitches) the Routledge journal, 'Theatre, Dance and Performance Training'. He has just completed writing a monograph entitled 'Performing Ruins' which will be published by Palgrave in 2020 as part of the 'Performing Landscapes' series. Simon will draw on his research and fieldwork for the book in this paper to the Ruination and Decay conference.

I'm an art photographer living in North Ronaldsay, Orkney. I sometimes make small books, and occasionally sing and write songs and poetry. I like to explore the small detail of things, and the often unseen. Visit my website at suemara.net 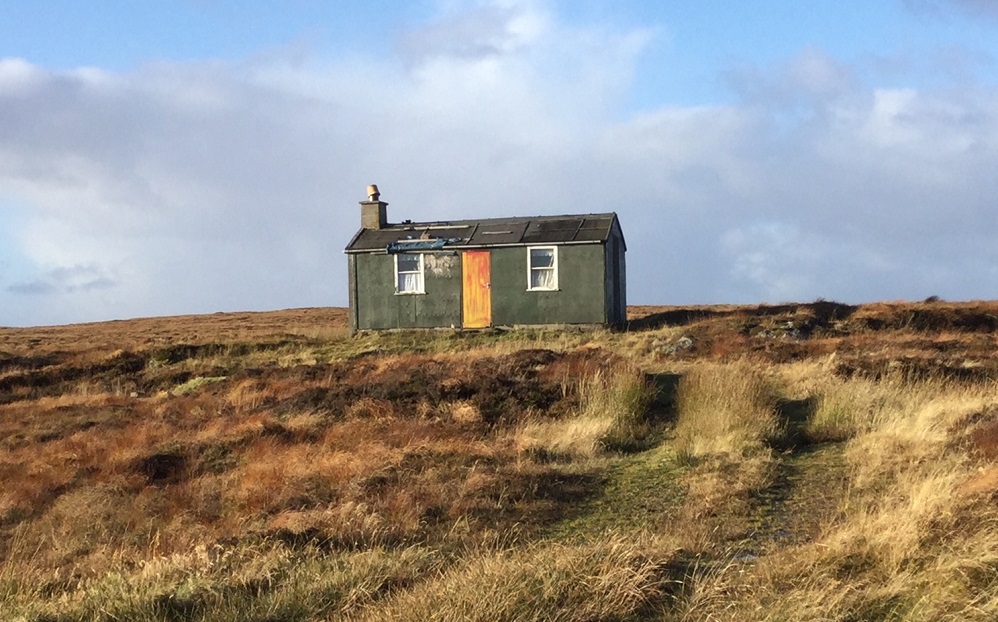