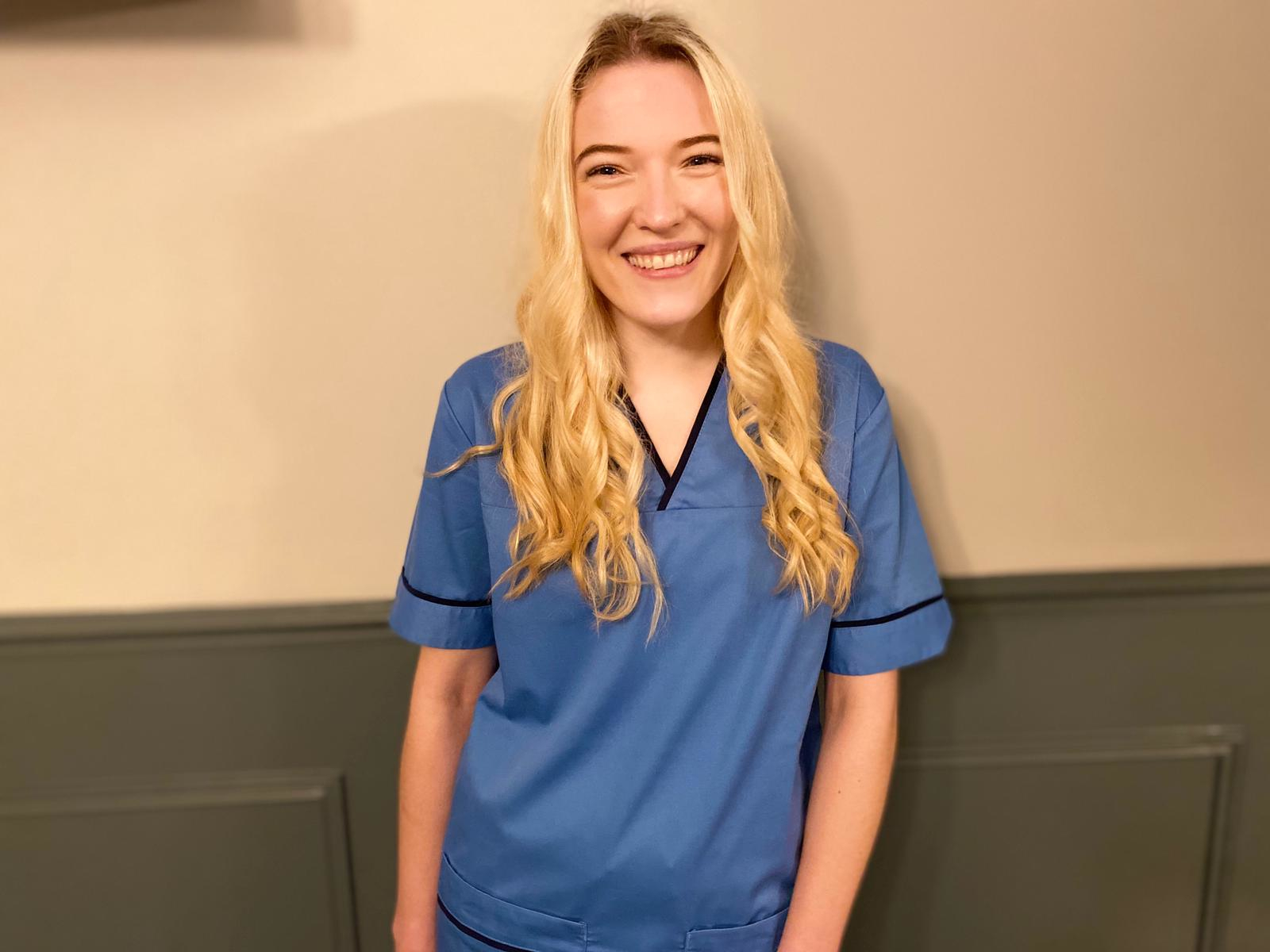 Hannah Caina from Inverness, who graduated with a BSc nursing degree with distinction, was selected as the first recipient of the university’s Chancellor’s Nursing Award. The award, presented on behalf of the university’s Chancellor, HRH The Princess Royal, recognises Hannah’s determination in the face of adversity and her contribution to the department of nursing and midwifery.

Hannah was nominated for the award by her personal academic tutor, Abbi Tracey, who explained: “Hannah experienced a family emergency that resulted in her becoming the carer and guardian for her younger sister and brother. Despite this, she completed her work to a very high standard and gave up her time to help organise a fundraiser for Alzheimer Scotland and represent the views of students.”

Hannah, who works as a nurse in Raigmore Hospital, received £100 and an engraved glass award to mark her success.

Fiona Dudgeon from Aviemore received the university’s first ever Royal College of Midwives Award. The prize is given to the highest performing student on the pre-registration shortened midwifery programme. Fiona, who now works in labour suite in Raigmore Hospital, received a £50 book token.