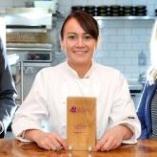 Lorna was selected for the title in recognition of her professional success which saw her receive a Michelin Star just five months into her first head chef role. She graduated with a HNC in professional cookery from Moray College UHI in 2008, was awarded a Michelin Star in January for her work at Cail Bruich. She is the first solo female chef in Scotland to be awarded a star in 20 years and the only female chef to have ever received one in Scotland’s largest city. The award was Glasgow’s first Michelin star in 18 years. 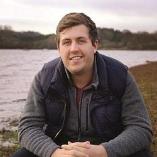 James Ellsmoor is an entrepreneur, writer and sustainability expert who is one of the world’s leading voices on the sustainability of islands. He graduated in 2018 with an MLitt in Island Studies from our Institute for Northern Studies at Orkney College UHI. Since graduation James has established Island Innovation, an exciting development in island studies and island networking. It holds the annual Virtual Island Summit, which attracts heads of island governments, academics, and business interests from around the world. 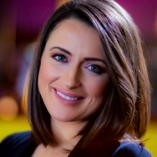 Anne Lundon, a bilingual media broadcaster who studied at Lews Castle College UHI, began her media career soon after graduating with a BA Gaelic and North Atlantic Studies in 2008. She has presented a variety of TV shows from sport to entertainment and on many political, social and cultural issues across Europe on the BBC's award-winning Gaelic current affairs programme, Eòrpa.  Anne is currently a main anchor for Gaelic news programme An Là on BBC Alba, presents on Reporting Scotland’s weather forecasts and BBC Scotland’s rural affairs programme Landward. 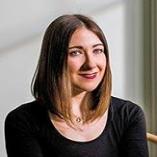 Rachael Bews founded ALICAS, a social enterprise which gifts bespoke clothing parcels to women who have fled abusive relationships. Made using surplus retail stock, the packs are tailored to the styles, sizes and religious or cultural needs. The enterprise attracted seed funding from UnLtd and was awarded a place at the RBS’ Entrepreneur Accelerator at the company’s headquarters in Edinburgh. Rachael was also awarded a RSE Unlocking Ambition Enterprise Fellowship to allow her to develop the venture with support from CREATE, the Centre for Enterprise and Innovation at Inverness College UHI. 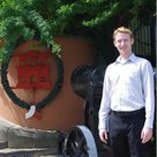 Andrew Jackson graduated from Perth College UHI in 2013 with a BA in Health Studies. After graduating, Andrew was offered an opportunity to manage a care home in Gibraltar. Since then, he has set up his own home care service and training agency there. His facility is based on the principle of person-centred care which enables older adults to engage with people of all ages and the natural environment, rather than being segregated. This principle is thought to address some of the main causes of suffering in old age, including boredom, loneliness and helplessness. 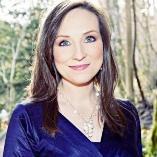 Julie Fowlis is a highly acclaimed Scottish singer and musician. Her contribution to Scottish culture has been recognised by the Scots Traditional Music Association from whom she received awards for Gaelic singer of the Year (2008), Album of the Year (2010) and Traditional Music in the Media (2012). Julie also received numerous accolades and awards for her musical performance in Disney Pixar’s box office hit Brave, set in the ancient highlands of Scotland. Over and above her work as a performer, with three highly acclaimed studio albums, Julie has imparted her skills to young people through the Fèis movement. 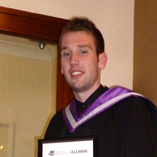 After his degree Matthew Worthington began working for the Faldo Series; a global golf initiative that gives opportunity to young people. 38 Faldo Series tournaments take place worldwide with more than 7,000 junior golfers participating each year. Matthew was responsible for planning and coordinating the 20 tournaments in 14 countries on the European Schedule.  Matthew also ran the European Grand Final, planning and co-ordination the five day event which featured 100 golfers from 17 different countries. The event was broadcast as an hour long programme on Sky Sports and on the Golf Channel in the USA. 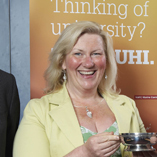 Cait McCullagh studied for her cultural studies degree at Inverness College UHI.  She then completed a postgraduate degree in archaeology at the University of Oxford before returning to the Highlands and helping to set up Archaeology for Communities in the Highlands (ARCH). She went on to become a museum development officer and island archaeologist in Argyll, helping to set up the heritage centre on the island of Lismore. She has also worked as a field archaeologist - researching, surveying and excavating sites in Skye, Ross-shire, Caithness, Sutherland, Inverness-shire and Moray. 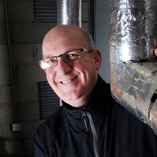 Robert “Rab” Lees, a former plumber, fulfilled an ambition to gain a degree when he was in his 40's. He then became an area manager for a green energy advisory organisation.  Rab, from Fort William, gained his BA rural development studies degree through Lews Castle College UHI on the Isle of Lewis, but was able to study in his home area. He then studied for a UHI postgraduate course in managing sustainable development.