As part of the MERIKA project, the University of the Highlands and Islands is organising a Marine Renewable Energy Research Day in Brussels on Wednesday 30 November 2016 - St Andrew's Day.

We will explore the emerging marine renewable energy sector with experts, and showcase the university's research contribution.

The Research Day will take place at the European Parliament, hosted by Dr Ian Duncan MEP.

The Research Day will conclude with a whisky tasting sponsored by Highlands and Islands Enterprise to celebrate St Andrew’s Day.

Please contact the MERIKA Project Office if you have any questions by emailing marineenergyresearchday@uhi.ac.uk 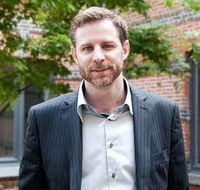 Rémi Gruet is the CEO of Ocean Energy Europe. He spent six years in the private sector, followed by 10 years working at EU level; first as a Political Advisor at the European Parliament, then as Senior Advisor on Climate and Environment at the European Wind Energy Association. He is a leading EU authority on the Emissions Trading System (ETS) and renewable energies, and authored the 2011 report, Wind Energy and 2020 EU Climate Policy. He is a visiting lecturer on climate and energy at the University for Political Science in Lille, France.

Gruet has a degree in Economics and a Master's degree in Environmental Management.

University of the Highlands and Islands

Professor Mulholland began his career in the scientific civil service before moving to the NHS and eventually to the university sector. He was previously Deputy Vice-Chancellor for Research and Student Experience at the University of South Wales, with strategic responsibility for research, and the enhancement of teaching and learning.  Before joining South Wales, he held positions at the University of Ulster, Queen's University Belfast and Swansea University. Professor Mulholland is a Fellow of the Institute of Biomedical Sciences, Fellow of the Royal Society of Arts, Fellow of the Royal Society of Medicine, Senior Fellow Higher Education Academy and is a Chartered Scientist. 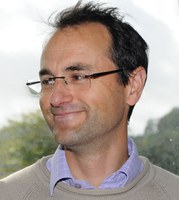 University of the Highlands and Islands

Prof. Wilson is Chair of Energy at the University of the Highlands and Islands, and works on the relationships between marine vertebrates (primarily fish and marine mammals) and industrial activities in coastal waters. For the last 9 years he has focused entirely on the potential interactions of these animals with marine renewable energy devices. These species-protection studies have diversified towards the mechanical, considering the (1) implications of large species like whales impacting structures like turbine blades leading to device failure and (2) the potential for devices or their substructures to attract prey species for predators leading to habitat enhancement. These studies have required close liaison with device manufacturers and site developers of both wave and tidal-stream devices. He also leads a larger group studying renewable energy resource estimation and biology-to-renewable-device issues (biofouling impacts on loading, underwater noise estimation and measurement of entanglement risk of different mooring configurations). 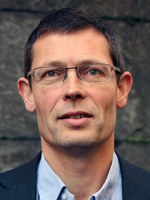 Xavier Guillou is a Policy Officer at the European Commission in the General Directorate for Maritime Affairs and Fisheries. He is currently in charge of marine energy and blue economy. He has previous professional experience in fisheries markets analysis and has an academic background in international and industrial economics 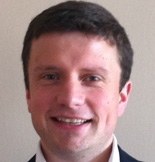 David Pratt is Acting Head of Marine and Offshore Renewable Energy at Marine Scotland, the Directorate of the Scottish Government with responsibility for the management of Scotland’s Seas. During his time with the Scottish Government, he has specialised in environmental assessment and marine development planning. David is currently Project Lead on the development of Sectoral Marine Plans for Offshore Wind, Wave and Tidal Energy in Scottish Waters. 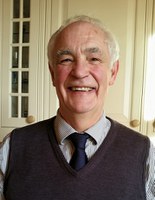 Economic Intelligence Unit, University of the Highlands and Islands

Steve Westbrook graduated with an Economics Degree from Cambridge University in 1971 and has worked in regional economic development for the past 40 years – since 1978 based in the Highlands and Islands of Scotland.  In recent years, Steve has specialised in renewable energy – in particular impact analysis at national, regional and sub-regional levels of new and proposed projects.  He has developed methodologies for quantifying impacts through supply chains and over time – i.e. taking account of possible or necessary cost reductions in manufacturing, assembly, installation, and subsequent operations and maintenance.  Innovative modelling for energy sectors which enables regular updating has been developed.

A list of contracts carried out he carried out with the university’s Economic Intelligence Unit can be found here.

Monica Peña Sastre joined the European Investment Bank (EIB) in 2008 to work on project appraisal and sector analysis in the public transport and urban infrastructure sectors. She is currently working as policy adviser at the EIB Brussels Office with specific responsibilities in the energy and climate sectors. She is in charge, inter alia, of following EU policy developments and identifying new opportunities for the EIB to support new major EU initiatives related to the energy and climate sectors.

Before joining the EIB, she was working at the Department of City Planning in the City of New York. She holds an MSc in Urban Planning from Columbia University and an MSc in Civil Engineering from Universitat Politècnica de Catalunya - BarcelonaTech.

Norma Hogan, Senior Development Manager, Energy and Low Carbon team, Highlands and Islands Enterprise (HIE). As Scottish Government's economic and community development agency for the north and west of Scotland, HIE's purpose is to generate sustainable and inclusive economic growth across the Highlands and Islands. Norma works with the marine sector in the region including device developers, site developers and supply chain companies.  Current projects include the MeyGen tidal stream project in the Pentland Firth, Nova Innovations Community project in Shetland, Scotrenewables in Orkney and Albatern in Kilchoan.  She also works with the European Marine Energy Centre (EMEC) in Orkney and  the Scottish Association for Marine Science UHI (SAMS) in Oban.

MERIKA Project, University of the Highlands and Islands