Acting Vice Principal (Research and Impact) until 13 May 2022

Director of Institute for Northern Studies

Institute for Northern Studies
University of the Highlands and Islands

Professor Donna Heddle is Director of the UHI Institute for Northern Studies. She has won awards for course development and design. Her research interests are Scottish and Northern Isles cultural history, Renaissance language and literature, and cultural tourism. She has led and is currently leading several national and international research and training projects involving cultural tourism, including a project in Vanuatu. Donna led the very successful Research Excellence Framework 2014 submission from UHI in Area Studies, which was placed first in Scotland for research impact (particularly in tourism) and 5th equal with the University of Oxford for research environment for the whole UK. She was awarded a Personal Chair by UHI in June 2013 and became Chair of the UHI Tourism Group in August 2017. She has led the 2021 REF submission in Area Studies submitted in March 2021.

Prof. Heddle’s main research interests are the creation of new paradigms in Scottish and Northern isles studies, small island studies, Scottish language and literature in a European context, and Scottish cultural history. She is the author of a number of publications in these areas and is currently leading several national and international research and cultural tourism projects involving the North Atlantic rim and the South Pacific. She is at present working on Scots-Nordic balladic synergies; the underpinning philosophy of Northern Studies; the Huguenot influence of Du Bartas on the poetry of the Scots Court under James VI; aspects of cultural tourism, and geophysical and metaphysical correlations in historical depictions of Orkney. She is also working on a history of Highlands and Islands literature. She is particularly passionate about locative research - in the communities, by the communities, for the communities. 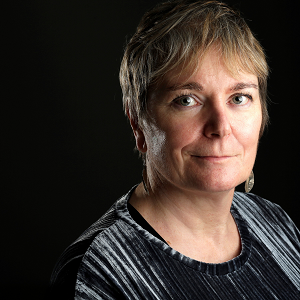 She is Module Leader for the following MLitt modules:

She is Module LEader for the following BA (Hons) Culture and Heritage modules:

2020 "Bolstering Bólstaðir: Norse placenames in Lewis in context", in Between Islands, ed. by A  Macdonald, Acair, pp 58-68.

"Upon the Utmost Corners of the Warld: Orkney in Early Maps and Literature", in Plumb, Sanmark and Heddle (eds.), What is North? Imagining the North from Ancient Times to the Present Day, ed. by Oisin Plumb, Alexandra Sanmark, and Donna Heddle, Brepols, pp 15-35

2019  "Norse Noir: Sagas and Sources", in Vikings and the Vikings: The Norse World(s) of the History Channel Series, ed. by Paul Hardwick and Kate Lister, Jefferson: McFarland, pp 25-46.

“So, no sweet talk, then? : the love poetry of Earl Rognvald Kali Kolsson”, Rognvald 850 book edited by Donna Heddle in press

“The Language of the Gutters?”, Living The Fishing, UHI Press, Inverness, 2007

“Facets of Death and Life”, a review of the work of Iain Crichton Smith and Edwin Morgan, Cencrastus 51, pp 43-44

“The History of the Northern Periphery”, chapter in Northern Heritage, UHI Press, Inverness 2006

“The aims of the new Centre for Nordic Studies”, Orkney Heritage Society Newsletter2005

“The placenames of Caithness and the application of bilingual policies” Highland Council, 31st January 2012

“Living the Fishing?: the Scots Herring Girls” Between Leith and Lerwick: Academic workshop, University of Edinburgh, 6th March 2010, Edinburgh, sponsored by the Royal Society of Edinburgh

“The North wind doth blow ….” A New Cultural Agenda for the Northern Isles” Royal Society of Edinburgh Conference: The Life and Culture of the Highlands, September 2009 RSE, Edinburgh

“Supporting our international future: cross-sector partnerships to promote languages in Scotland”, Subject Centre for Languages, Linguistics and Area Studies and the Centre for the Advanced Study of the Arab World 1st December 2008, University of Edinburgh

“The language of the Gutters?” Travels and Travails of the Scots Herring Girls Conference, June 2007, SMO

"The languages of the Highlands and Islands and language revival policy" Cross Parliamentary committee on language and culture, 3rd October 2006, Holyrood,

“Clan Gunn: the origins in the North and the Diaspora in the south” International Clan Gunn Gathering, April 2003, Orkney

9th Triennial International Conference of Forum for Study of the Languages of Scotland and Ulster, 21-25 July 2009, Orkney College

Looking at Shetland Outside the Box: The Meeting of Nations and the Creation of Shetland Culture 7th - 10th May 2009, Shetland Museum and Archives. Organisers: CNS and Elphinstone Institute, University of Aberdeen

Rognvald 850- a commemoration of the death of Earl Rognvald, 19th September 2008, Orkney College

Voices of the West Minority Languages Conference in association with the Minority Languages Song for Europe competition, 21st June 2008 and 20th June 2009, Eden Court Theatre, Inverness. This went out on BBC Alba in 2009 and was attended by Mike Russell, Minister for Culture at the time, who used the occasion for a press release on Scots.

“The Declaration of Arbroath: the most important document in Scottish history?” 6th April 2020. Across the USA by Zoom etc. And again in December 2020

Inaugural Professorial lecture “From the Fury of the Norsemen, good Lord, deliver us?” UHI Inverness and by VC, November 2013

Timespan public lecture ‘“From the fury of the Norsemen, good Lord, deliver us?”; re evaluating the Norse legacy in Northern Scotland’ Timespan, Helmsdale 21st June 2012