We are delighted to launch our oral history archive with recordings of noted Orkney antiquarian and local historian Peter Leith. content

We are delighted to launch our oral history archive with recordings of noted Orkney antiquarian and local historian Peter Leith. 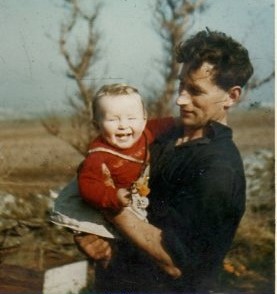 Peter Kirkness Isbister Leith was born at Appiehouse, Stenness on 12 September 1927. His parents were Peter Leith, whose grandfather Nicol had built Appiehouse about 1830, and Johina Jean Kirkness from Dounby.

Peter attended Stenness School until he was 14 and then worked on the family farm, apart from two winters working for his uncle Davy Kirkness at Russland Mill, beside the Harray Loch.

His father also had to leave school to run the farm but became well-known in Orkney, as a self-taught scholar and local historian. He was 40 when his son was born and had himself been born when his father was 60, so memories of local history went back a long way. Peter Jnr and his sister Margaret Watters were brought up to take a keen interest in genealogy, local history and the wider world.

Peter married Kathleen Oman Leask in January 1956. Her father, Hargrave Walter Leask, had a draper’s shop in Stromness. They had three children, Patricia, Anne and John.

Peter followed his father as Registrar for Stenness, and later was Registrar for Firth as well. He only retired, after very nearly 50 years, when registration was centralised in Kirkwall. He was fully involved in the life of the community: Clerk of the Congregational Board of Stenness Church; Treasurer of the Stenness Hall Committee; President of the Orkney Natural History Society, which runs Stromness Museum, and a member of many committees. In his younger days, he was a member of the first squad of Sea Cadets in Orkney.

In later life, he has done what he can to pass on information which is in danger of being lost. He demonstrated simmans-making many times, at the Science Festival and Vintage Rally, and showed museums staff how to make wicks for cruisie lamps.

When he was 90, he became a Fellow of the Society of Antiquaries of Scotland, having been proposed by Howie Firth and Caroline Wickham-Jones. At 92, he is still taking pictures, writing notes and collaborating on articles recording Orkney’s social history.

In these recordings you will hear the voices of Peter Leith, Donna Heddle, and Peter's daughter Patricia Long.

3. (6.32) PL Going to sea and the Scottish National Dictionary