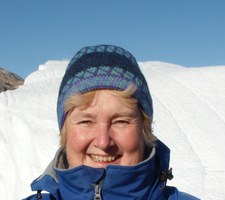 Dr Batey's main research interests lie in the field of Viking and Late Norse archaeology with particular reference to  the Northern Isles and Caithness and the North Atlantic region. She has excavated widely on several major sites – Jarlshof in Shetland; Brough of Birsay and Birsay Village, Earl’s Bu, Orphir, Westness, Rousay in Orkney; Freswick Links, Caithness; Hofstađir, Iceland. In addition she has carried out and directed excavations at Tintagel Castle, Cornwall (writing the revised guidebook to the site) and St Kilda, Scotland. She has published extensively on this research.

Currently Dr Batey is involved in bringing together the excavation work undertaken at the Earl’s Bu, Orphir, Orkney which she directed. This uncovered a Norse horizontal mill as part of the Earl’s complex and provides evidence of local agricultural exploitation, as well as feasting and international trade including evidence for the bullion economy. In addition, she is actively involved in the research of Viking pagan graves in Scotland, providing specialist input into a number of ongoing projects, such as the Loch Lomondside Viking Cemetery, the Ardnamurchan boat grave and the Mayback graves on Papa Westray, Orkney

A major area of Dr Batey's work focuses on the promotion of Orkney (and to a some extent Shetland) as centres for cultural tourism. She has spent the last 20 years working with small expedition ships which undertake day-long visits to the main UNESCO sites in Orkney for example. She is committed to ensuring that the archaeology of the region is show-cased to the largest possible international audience.

Dr Batey is also committed to community archaeology and work with non-professional special interest groups: in 2014 she worked with the Hidden Heritage project in Argyll on an interdisciplinary project which encompassed day schools and school sessions as well as fieldwork and place names.

She is also Honorary Professor at Hunter College, New York and formerly President of the Scottish Society for Northern Studies.