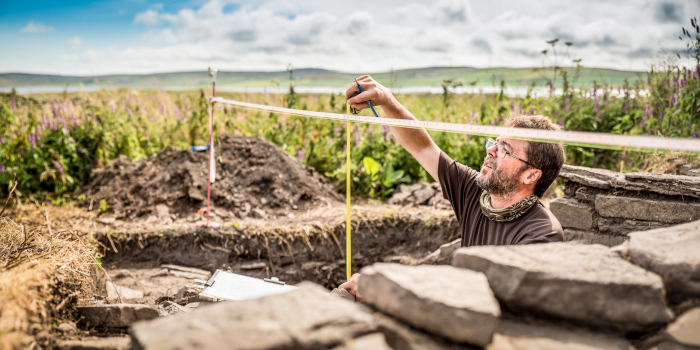 Project title: Sustainability upon the Margins:  An Historic-Archaeological Investigation into Small Farms Established in the Grampian Region during the Agricultural Improvements of the 18th and 19th Centuries.

Between the mid-18th and mid-19th centuries, with the widespread adoption of Enlightenment ideals, the landscape of northern Scotland underwent a revolution, involving major changes to social organisation, farming practices and vernacular architecture. The traditional townships, based around communal farming, were swept away and replaced by individual farms. During this period, new farms expanded onto marginal land across the Highlands, previously used for summer grazing of cattle, utilising new agricultural methods and introducing new animal and arable husbandry. However, many failed, their ruins littering the Highland landscape alongside the townships they replaced.

Previous research has been predominantly documentary and has concentrated on the Improvement period and resulting Clearances; this thesis focuses on a neglected area of archaeology, concentrating on the sustainability of the Highland environment in the aftermath of the Improvements. Archaeological surveys and environmental analysis will provide evidence of why these new farms became unsustainable, that documentary data alone cannot provide.

This research will identify abandoned farming sites on marginal land across a wide geographical area of the Highlands. Field surveys will provide data on the locale, whilst organic samples, analysed in university laboratories, will identify arable remains and soil conditions. Archive material, from the National Records Office of Scotland and elsewhere, will provide primary source evidence on social interactions between landowners, tenant farmers and labourers, plus the influence of wider commercial activities on the Highlands.