Vicki joined UHI as Vice-Principal Operations from Robert Gordon University where she held the role of Vice Principal Corporate Operations, leading the development, delivery and implementation of corporate, financial, commercial and resource strategies.

She is an experienced executive leader who has worked extensively across the private and public sectors in the north of Scotland for nearly 20 years.

Alongside her senior leadership roles, Vicki has worked as an advisor to the Scottish Government on key remote and rural issues, as well as holding independent and ministerial appointments to several national higher education and public sector boards such as the Glasgow School of Art, UHI and most recently NHS National Education for Scotland. Vicki is a Chartered Fellow of the Chartered Institute of Procurement and Supply, specialising in strategic partnerships

A graduate of Swansea University, Vicki has worked extensively across the private and public sectors, including working in global commercial, partnership and innovation roles for BP and BAE Systems, together with being a founder member of an innovation start-up which grew from £0-50m over five years.

In addition to start-ups, BP and BAE systems, Vicki worked for 15 years across the public sector integrating services and partnerships across the NHS, national and local government, third sector, private sector and enterprise agencies. Most recently, this included 11 years executive leadership at the Highland Council, leading corporate services, transformation, change management, economic development and community engagement.  During this time Vicki also worked as an advisor to the Scottish Government on digital participation and remote and rural economic development, delivering major transformation programmes across the Highlands and Islands.

In 2016 Vicki was appointed as the Vice Principal Corporate Operations at Robert Gordon University (RGU) in Aberdeen.  As a member of the executive leadership team, Vicki supported RGU’s move to financial recovery and sustainability, together with change and transformation programmes across all areas to deliver RGU’s strategic aims.  During this time, Vicki was appointed as the Chief Executive of the RGU foundation, delivering on advancement, development and philanthropy. 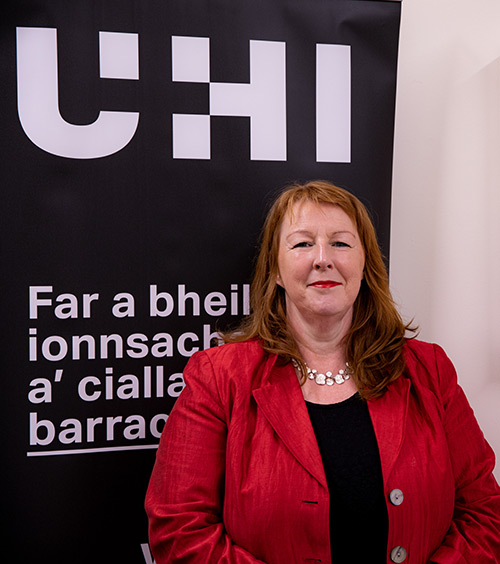