A project with Amity University, Haryana, and Indian Centres for Endangered Languages. 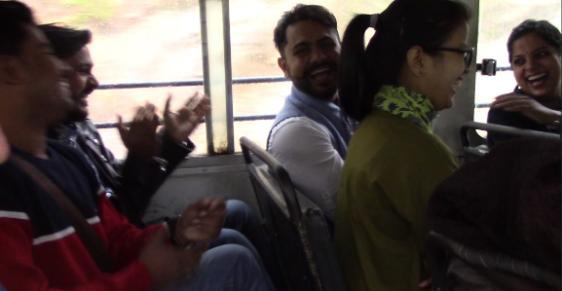 The Language Sciences Institute, with support from Soillse and Sabhal Mòr Ostaig, is leading on this project to develop links with Indian colleagues engaged in researching multilingualism and endangered languages in that country. In the first year of the project, 2018-2019, a colloquium was held at Amity University, Haryana, (the lead Indian institutional partner), as part of a fact-finding tour which also included visits to Centres for Endangered Languages at Jadavpur University, Kolkata, and Visva-Bharati, Santiniketan. A full account, with links to presentations is available in this Soillse report.

In the second year, the focus is on fieldwork which tests out new recording methods and assistive dissemination platforms, as well as the development of a research agenda with a focus on the societal context of language endangerment. Following the impact of the COVID-19 pandemic the attention shifted to online data curation and development on an interim basis, with a focus on potential adaptation of the Clilstore platform to more effectively accommodate Indian languages and scripts. Trial units have been created in four different languages, awaiting further development:

The Mediating Multilingualism project is supported by the Global Challenges Research Fund.

This video reports on the International Language Fest for Indigenous and Endangered Languages held at North-Eastern Hill University (NEHU), Shillong, as part of the 2019 International Year of Indigenous Languages. The film is multilingual and presented in Gaelic, while being fully subtitled in English. The main film lasts under 12 minutes, and is preceded by a two and a half minute introduction, and followed by a discussion (6 minutes) and brief postscript.