Contributions to the growth of tourism in Orkney and beyond content

Contributions to the growth of tourism in Orkney and beyond

UHI research led by Professor Jane Downes, Director of UHI Archaeology Institute and Nick Card, Director of the Ness of Brodgar excavation, has done much to enhance Orkney’s economic growth. 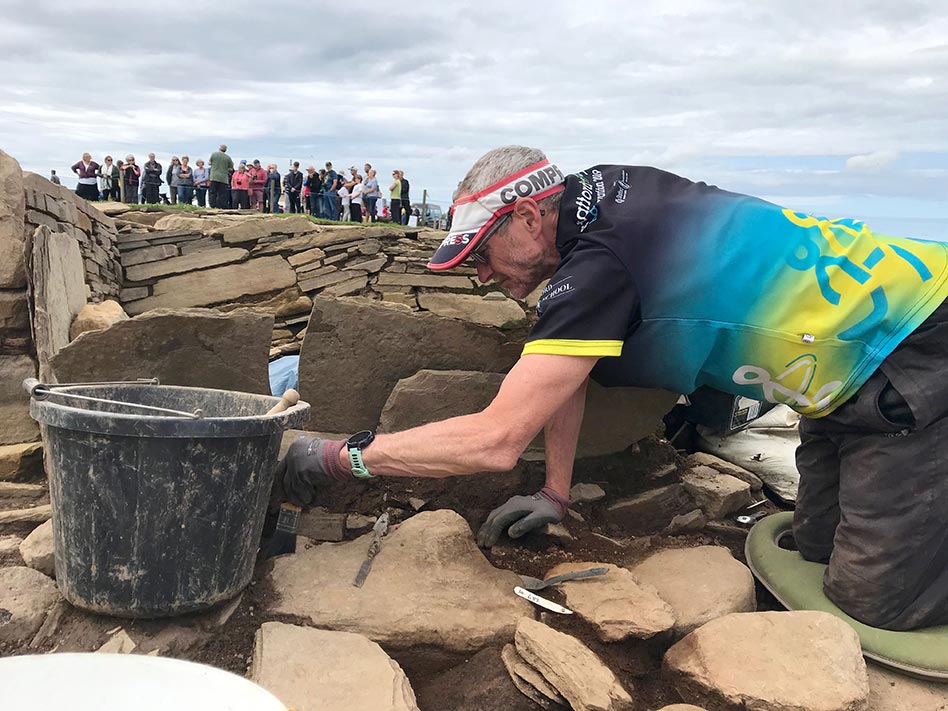 With thanks to Jo Bourne

Not only has it contributed to the development of heritage tourism but efforts to bring Orkney’s rich prehistory to a global audience have been successful and seen a marked increase in visitor numbers. At a local level, the research has resulted in a growth in archaeological engagement, helping local communities understand and appreciate their heritage.

Initial UHI research helped the establishment of the UNESCO Heart of Neolithic Orkney World Heritage Site in 1999 and, subsequently, the creation of a research strategy for the area. This document led to discoveries including the Ness of Brodgar Neolithic complex and further fieldwork at Skara Brae, Maeshowe and the Ring of Brodgar and Stones of Stenness stone circles.

Outwith the World Heritage Site, substantial numbers of Neolithic sites were discovered and continue to be investigated by UHI Archaeology Institute staff. The research has radically transformed our understanding of Neolithic Orkney, raised its profile both nationally and internationally and made a substantial economic contribution to the local economy through growing numbers of tourists – from 142,816 (2014) to 174,273 (2017) – with an increase in tourist revenue from £31m to £50m.

Archaeology has helped transform Orkney’s economy. By 2017 more than half (62%) of visitors were “heritage tourists”, with 40% citing archaeology as the main reason for their visit.

The presentation of UHI Neolithic research across different media translated into an increase in numbers visiting Neolithic sites. At Skara Brae, for example, numbers increased from 85,894 to 111,921 between 2015 and 2018.  Between summer 2014 and 2020, more than 700,000 people visited the Heart of Neolithic Orkney World Heritage Site in what is a remote archipelago of around 22,000 inhabitants.

At the ongoing Ness of Brodgar excavation, a 2019 visitor survey showed that 64% were aware of the excavation before arriving in Orkney while 63% said it played a major role in their decision to visit the county. More than 18,500 people visited the site over the eight-week fieldwork season and the two open days recorded over 1,000 visitors each day. Around 83% of those surveyed stated that the experience had increased their interest in archaeology|heritage, while 82% said they were more likely to visit further archaeological sites in Orkney.

Growing visitor numbers have led directly to economic growth, as acknowledged for example by the Ness of Brodgar being described in the Scottish Parliament as a “major tourism draw for Orkney” and “a key driver in the visitor economy”.

Extensive media coverage also had a substantial impact locally. Neolithic archaeology – indeed, archaeology as a whole – is now firmly embedded in the community through societies, museum groups, volunteers and, in particular, school projects and classes. This has seen a greater engagement with heritage, archaeology and community-based research.