Dr Tom Turpie is a Teaching Assistant at the University of the Highlands and Islands.

My research concentrates on later medieval and early renaissance Scotland, its social, religious and political history. I am interested in how this society functioned, and particularly how the people and political and social structures of pre-modern Scotland understood and coped with the cataclysmic environmental, religious and political changes of the 14th to 17th centuries. My primary research interest is the cult of the saints, trying to understand why particular saints and saint types were venerated by particular people (or groups of people) at particular times, or why long-established cults declined. More recently I have developed a keen interest in the response to infectious disease (especially plague), climate stresses and warfare in pre-modern Scotland.

I developed my passion for medieval, and specifically Scottish, history while completing an undergraduate degree at the University of Stirling, and after graduating in 2005, I decided to take this interest further. Moving to Edinburgh, I completed a MSc in Medieval History and then a PhD which explored the role of local and national saints’ cults and shrines in the devotional culture of late medieval and early modern Scotland.

In addition to teaching at UHI, I also work as a lecturer at the University of Stirling, and as a freelance historical consultant. As a freelancer, I have collaborated on a number of projects outside of academia, writing short books on the Declaration of Arbroath (2020), a guidebook for Dunfermline, and collaborating on large projects including the Family Names UK Project (2013-2014), the Fife Pilgrim Way (2016), Kilrenny, Anstruther and Cellardyke Burgh Survey (2016-2017) and Inverkeithing Community Burgh Survey (2020-). 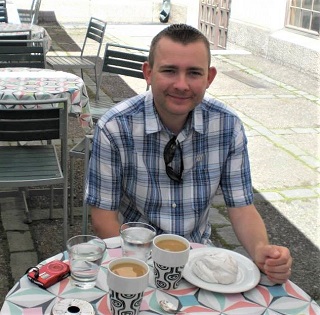