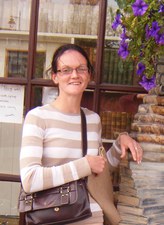 I am a late medieval and early modern historian who works on Scotland and Europe with a keen interest in ceremony and ritual, monarchy and kingship, gender and masculinity, coming of age and the life cycle, and material culture.

I joined the Centre for History in 2016 having taught at the universities of Stirling, Glasgow and Edinburgh previously, as well as for the Open University (through Dundee). Prior to my doctoral studies I also worked as a cataloguer at the National Archives of Kew and as a heritage assistant at the Surrey History Centre (formally the Surrey County Archives), and more recently, I have worked collaboratively with the archive at the AK Bell Library and Archive (Culture Perth and Kinross) in Perth, helping to provide workshops and other activities.

My first forthcoming monograph – Death and the Royal Succession in Scotland, c. 1214 – c. 1543: Ritual, Ceremony and Power ­– has overhauled the research undertaken during and since my AHRC-funded doctoral thesis (University of Stirling, completed 2013) to explore and analyse the cyclical process of ritual succession from death onwards through four centuries of Scottish kingship. Ritual and ceremony remain central to my research, as does kingship, monarchy and power, but in recent years manhood and masculinity, material culture, burgh life and public history have become driving forces intertwined with these foci in newer ideas and projects. For more information, see research below.

I have always been fascinated by the ways in which power and authority is represented at all levels of society, and my past, present and future research interests reflect this. My forthcoming monograph – Death and the Royal Succession: Scottish Funerals, Coronations and Weddings, c.1214–1543 – explores the manner in which ritual and ceremony is utilised across several centuries and dynasties in Scotland. I was part of the editing team on the Routledge History of Monarchy (published by Routledge in 2019) and I am a proactive member of the Royal Studies Network, taking the role of lead organiser on their tenth annual conference, Kings & Queens 10 – Royal Patronage: Material Culture, Built Heritage and the Reach of the Crown (29 June to 2 July 2021) hosted online by the Centre for History.

Various new strands of research have emerged from this central area of kingship, power, performance and ritual. Material culture as historical evidence fascinates me, and I’m pursuing these interests both through collaborations and in my own research. At the moment I am particularly excited about developing a more object-centred approach to material culture and ceremony in current work on the ampulla and other ritual objects in the Scottish coronation of Charles I in 1633. Another prominent area of exploration is that of manhood, masculinity and coming of age. The ultimate aim is to undertake a wider comparative analysis project on the male monarchs who ‘came of age’ after accession in fifteenth- and sixteenth-century Scotland, and how this relates to the wider picture in Scotland. However, initial works in progress include a case study on James V, a comparative book chapter on kingship and masculinity (particularly focusing on coming of age and father-son relations) – invited contribution to a collection – and I have a forthcoming article on material display through clothing, manhood and marriage in a special issue of Scottish Historical Review on Dress and Décor that draws together research on gender and material culture.

I am also always looking for innovative and meaningful ways of engaging the public with history and Scottish history particularly, working with the likes of Historic Environment Scotland, Culture Perth and Kinross, Perth and Kinross Heritage Trust, and National Museums of Scotland. Taking history beyond academia is key for me! I am also hopeful about soon rekindling work on the Perth Charterhouse Project, collaborating with Prof Richard Oram at Stirling and various local partners, which has unfortunately been paused through the COVID-19 pandemic, due to the public-facing nature of a lot of the project activities.

I would welcome research proposals from undergraduate dissertation students, MLitt students or PhD students interested in aspects of social, cultural and political history of the late medieval and early modern period (particularly, but certainly not exclusively, focused on Scotland!) in a range of areas. These include pre- and post-Reformation liturgy and ritual, ceremonial and festivals, gender studies, life cycle and coming of age, ambassadorial interaction, itinerant courts, Scottish financial and burgh sources, heraldic manuscripts and the role of the herald, material culture. I’m also keenly interested in supporting interdisciplinary and collaborative research projects, particularly with heritage bodies and archives.

‘Where to make the king (or queen): the importance of place in Scottish inaugurations and coronations from 1214 to 1651’, in O. O’Grady and R. Oram (eds), Royal Scone: A Scottish Medieval Royal Centre in Europe (Oxbow Books, forthcoming)

‘Keeping Your Friends Close, But Your Enemies Closer? The Anglo-Franco-Scottish Marital Triangle, c. 1200 to c. 1625’ in Marie-Claude Canova-Green and Sara Wolfson (eds), Celebrations for the Wedding of Charles and Henrietta Maria (Routledge, 2020)

‘Making the Most of What They Had: Adapting [Indoor] and Outdoor Spaces for Royal Ceremony in Scotland c. 1214–1603’, in R. Mulryne & K. de Jonge (eds), Architectures of Festival in Early Modern Europe (Routledge, 2017)

‘Enter the Alien: Foreign Consorts and their Royal Entries into Scottish Cities, c. 1449–1594’ in R. Mulryne and A.M. Testaverde with I. Aliverti (eds), The Iconography of Power: Ceremonial Entries in Early Modern Europe (Ashgate, February 2015), pp. 267-295.

‘Crowning the Child: Representing Authority in the Inaugurations and Coronations of Minors in Scotland, c.1214 to c.1567’, in E. Woodacre and S. McGlyn (eds), The Image and Perception of Monarchy in Medieval and Early Modern Europe (Cambridge Scholars, Sept 2014), pp. 254-280.

‘A Queen Unleashed – Consolidating Power for A Child King’, ‘Making a King at Scone’, ‘Partners in Rule – Positioning Queen Joan as Second Person of the Realm?’, and ‘Rituals to Celebrate Perpetual Peace’, James I King of Scotland Blog (2020)

‘Why leaders in Scotland are excited about a battle that happened 700 years ago’, The Conversation (27 June 2014).

I also teach on: