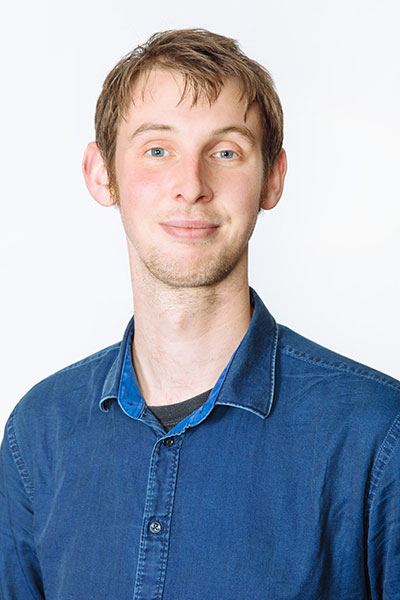 Ben started teaching at UHI in September 2021. He is an  Early Prehistorian who works on the hunter-gatherer communities of Upper Palaeolithic and Mesolithic Northern Europe.

After completing a BA in Archaeology at the University of York in 2007, he remained in York to study for an MA in Mesolithic Studies in 2008. He then secured AHRC funding to undertake doctoral research on a project entitled Antlerworking practices in Mesolithic Britain, under the supervision of Dr Nicky Milner. This involved the application of traceological analysis to the full corpus of antler artefacts and debitage recovered from Mesolithic sites across Britain. During this time, Ben also took part in the excavation of a series of wetland Mesolithic sites in the Vale of Pickering, including Star Carr.

Following the completion of his PhD in 2012, Ben worked as an archivist for the ERC-funded POSTGLACIAL project, designing archiving and deposition strategies for excavations at Star Carr and Flixton Island that dovetailed with those of the Yorkshire Museum and ADS respectively. During this time he also co-founded the Sonic Horizons of the Mesolithic project; a collaboration with the sound artist Dr Jon Hughes to explore the potential of sound art and acoustic ecology in developing understandings of sonic experiences during the Mesolithic. This led to the development of SoundTracks, a two-year Leverhulme-funded Research Project led by Prof Mark Edmonds in partnership with the British Library and Creswell Crags Heritage Trust. Whilst working part time as a PDRA on SoundTracks from 2015 to 2017, Ben became involved in the Ice Age Island project on Jersey, excavating at the Magdelanian site of Les Varines under the direction of Drs Ed Blinkhorn and Chantal Conneller.

Following this, Ben was awarded a two-year Government of Ireland IRC Postdoctoral Research Fellowship to study the axe-making traditions of North West Europe during the 5th millennium cal. BC in 2017. Hosted by University College Dublin and mentored by Prof Graeme Warren, this project involved the analysis of osseous and coarse stone axe production assemblages from sites in Ireland, Norway, Sweden and Northern Germany.

In 2019, Ben moved to Newcastle University to begin a two-year PDRA position on the Leverhulme-funded Masks Unmasked project. Led by Dr Chantal Conneller, this project aimed to examine the evidence for masks and masking within the Upper Palaeolithic and Mesolithic record of Northern Europe, as a continuation of their previous discussion of masks in relation to the modified red deer crania from Star Carr.

These revolve around three key areas within the context of the hunter-gatherer groups of Early Prehistoric Europe. These are sound, craft, and human/animal relations.

Ben’s research career began with a consideration of the latter two of these themes, through the study of antler-based technologies within the British Mesolithic. This sought to explore the role that the making of antler material cultures played in mediating the relationship between people and the three different species of deer which inhabited the British Isles in the Early Holocene, prior to the adoption of agriculture. This prompted further questions concerning the discourses of craft and technology within prehistoric archaeology, and the ways in which the experience of making can shape understandings of material culture within both hunter-gatherer and agriculturalist societies. His emerging appreciation of craft drove 5MATTERS; his IRC Postdoctoral Fellowship project, and the Making Things, Making People seminar series which he ran at UCD in 2019.

Alongside this interest in craft, Ben’s exploration of people and deer in the British Mesolithic led him to consider the wider range of ways in which people and animals encountered each other at a landscape level, in social contexts which extended beyond hunting activities. This led to sound, and a questioning of the different ways in which both people and animals contributed to Early Holocene soundscapes. Pursuing this line of thought further, Ben has worked collaboratively to establish an interdisciplinary space concerned with the exploration of prehistoric soundscapes, and the implications this has for the fields of soundscape composition and understandings of human experience within prehistory. He has begun to think of this space as "Acoustic (Palaeo)Ecology", although he’s not entirely sure if that is a good idea yet or not...  This interest has led to work with Dr Jon Hughes and Prof Mark Edmonds on the Sonic Horizons of the Mesolithic, SOUNDTRACKS, and Brú na Boinné Visitors Centre Redevelopment projects. These have produced open-air public sound installations, audio content for museum exhibitions, and a double CD and book of images and words entitled REFUGIUM.

Ben revisited ideas of craft and human/animal relations within the context of Early Prehistoric animal masks in Northern Europe. This included technological studies of preserved masks from archaeological contexts, and anthropologically informed interpretations of masked individuals depicted within cave art, material culture and the burial record. This formed his contribution towards Masks Unmasked: Rethinking concepts of personhood 40,000- 4,000 BC. He has also further developed his interest in craft from an interdisciplinary perspective through his role as a co-ordinator of the Materiality, Artefacts, and Technologies in Culture History Faculty Research Group. Alongside this, Ben has a developing interest in the intersection between hunter-gatherer studies and Mesolithic Archaeology, and in 2020 founded and co-chairs the Mesolithic Archaeology and Hunter Gatherer Research group (MAHGR), with Prof Graeme Warren. This is an international network of archaeologists and anthropologists with an active interest in exploring the relationship between Mesolithic Archaeology and Hunter Gatherer Research. These conversations encompass the potential contributions that understanding the past hunter-gatherers of Europe can play in addressing the challenges faced by hunting and gathering groups around the world today, deconstructing colonial conceptions of hunter-gatherers and Europeans which underpin Mesolithic research, and identifying new areas for collaboration between archaeologists and anthropologists. These take the form of meetings at conferences (MESO 2020, EAA 2021, CHAGS 2022) and monthly digital seminars, and online workshops (Decolonising the Mesolithic?, May 2021).

Elliott B. 2019. Craft Theory in Prehistory: Case Studies from the Mesolithic of Britain and Ireland. Proceedings of the Prehistoric Society, 85, pp.161-176.

Elliott B. 2019. In the fringes, at the twilight: Encountering deer in the British Mesolithic. In: Walker, J; Clinnick, D, ed. Wild Things 2: Further Advances in Palaeolithic and Mesolithic Research. Oxford: Oxbow. pp.81-96.