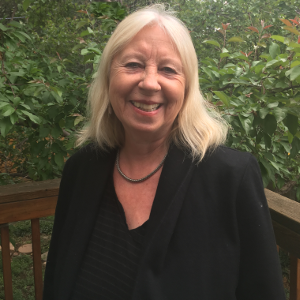 Astrid Ogilvie is a Senior Scientist at the Stefansson Arctic Institute in Akureyri, Iceland and a Senior Research Fellow of the Institute of Arctic and Alpine Research (INSTAAR) at the University of Colorado in Boulder. She demonstrates excellence across her three focal areas of research, leadership and service and education.

She is one of the foremost climate historians, an internationally recognised leader in her field, the author of some 100 scientific papers and two edited books. As Principal Investigator (PI) she has led 9 interdisciplinary international research projects funded by the National Science Foundation (NSF) of the USA and has been Co-PI on 3 other NSF projects. She has led projects funded by the Research Council of Iceland (RANNÍS), and been Co-PI on grants from a number of other funding bodies. She currently leads the project "Reflections of Change: The Natural World in Literary and Historical Sources from Iceland ca. AD 800 to 1800" funded by the Swedish Riksbankens Jubileumsfond (for the Advancement of the Humanities and the Social Sciences) and co-leads the Nordforsk-funded Centre of Excellence project "Arctic Climate Predictions: Pathways to Resilient, Sustainable Societies (ARCPATH)". She is a Co-PI (PI Professor Leslie King) on the project "Northern Knowledge for Resilience, Sustainable Environments and Adaptation in Coastal Communities (NORSEACC)" funded by the Social Sciences and Humanities Research Council of Canada (SSHR). She is also a Co-PI on the recently-funded Belmont Forum project "Understanding Resilience and Long-Term Ecosystem Change in the High Arctic: Narrative-Based Analyses from Svalbard (SVALUR)". She currently (June 2020) has four pending research grant applications.

She has demonstrated international excellence in leadership through internal and external appointments, including serving as Associate Director of INSTAAR (with over 200 faculty), serving on the board of ARCUS (the Arctic Research Consortium of the US) during 2002-2008 and on the board of the European Science Foundation BOREAS programme (2007-2010). She is currently on the board of the Human Ecodynamics Research Centre at the City University of New York. During 2014 she was the Visiting Nansen Professor of Arctic Research at the University of Akureyri in Iceland. In addition, she has served on the editorial board of five international journals and is currently a Senior Boardmember on the "Journal of Arctic and Alpine Research".

Astrid Ogilvie has wide experience of teaching and PhD supervision. Since 2013, she has led annual interdisciplinary international graduate short courses on the theme of Sustainability and Climate Change and Society, delivered in Iceland, Sweden and Norway. Other teaching activities include designing and teaching a new undergraduate course, entitled: “North Atlantic Peoples and Cultures” for the Department of Anthropology at the University of Colorado. She is a Senior Lecturer and regular contributor to the Svartárkot Culture-Nature programme held in northern Iceland (https://svartarkot.is/).